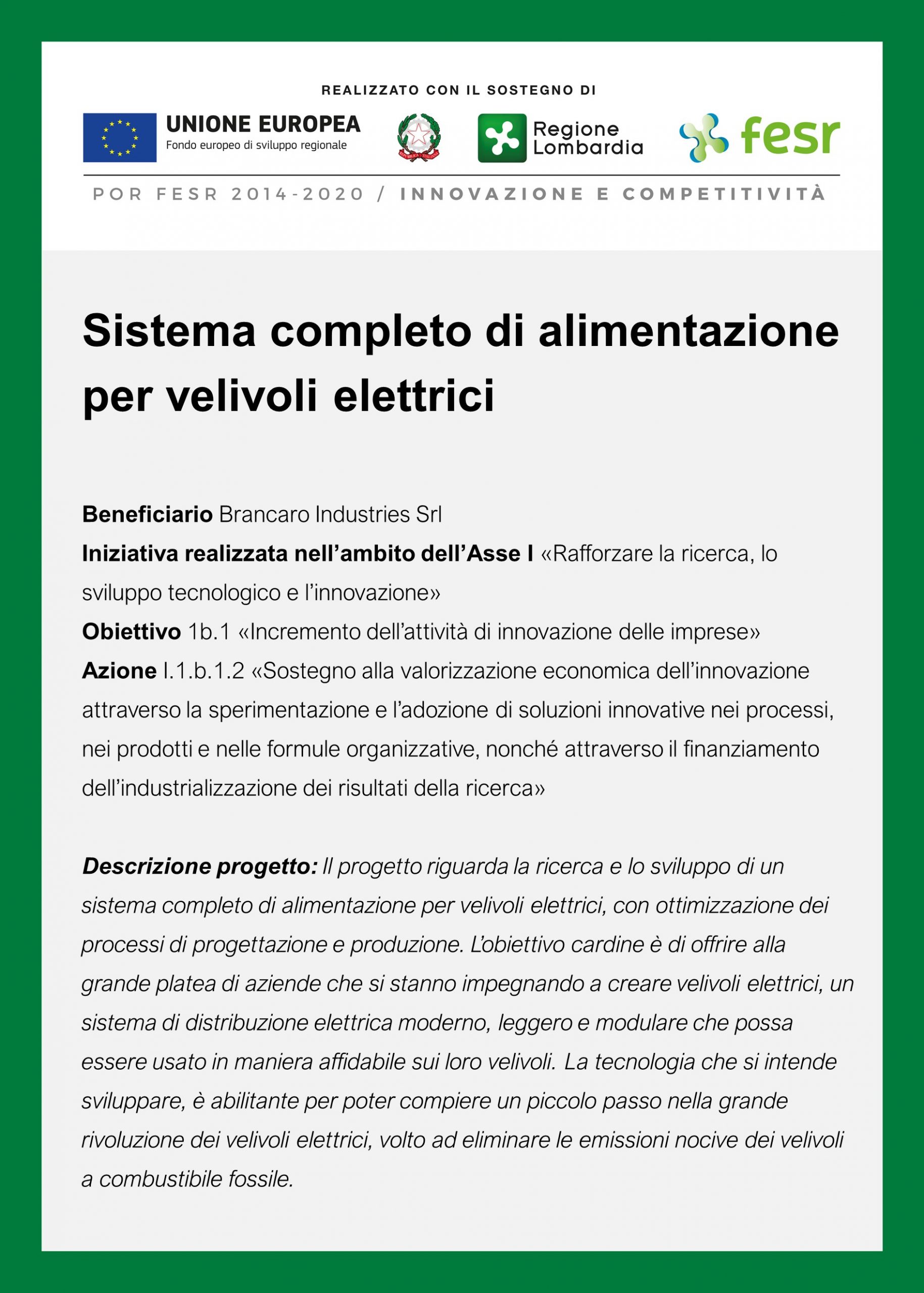 Tech Fast Lombardia is a measure taken from Regione Lombardia to support innovation through trial and implementation of innovative solutions, regarding processes, products, and organizational procedures. In addition, funding will be provided to industrialize research results, with the specific objective of increasing corporate innovative activities. Moreover, Regione Lombardia POR FESR 2014-2020 primary axis aims at strengthening research, technological development, and innovation.

The project concerns the research and development of a complete electrical power source system for electric aircraft. In the aviation field, most vehicles are still powered by petroleum-based fuels; thus, environmental, and acoustic pollution levels remain too high.
Due to baseline technical differences, such as voltage and electrical current levels, in addition to reliability, electrical power distribution systems cannot be inherited by combustion aircraft, therefore, a specific design would be essential.

Since Brancaro Industries was established, we aim to carry out research and development on electrical power distribution systems, working together with our clients.  A lot of research on parts optimization and solutions to related issues has been conducted in the last 4 years. However, we have never conducted research on a complete system, which aims at exploiting past results to build a modular system, ready to be installed on new generation electrical propulsion vehicles. The main objective is to offer companies involved in the production of electrical aircraft a modular, modern, and lightweight, electrical power distribution system. Our goal is to make this system available to be reliably used on their aircraft. In addition, the system will be produced following modern ecological procedures, thus even the production process will be eco-friendly.

The technology we aim to develop will be a qualifying step towards the electrical aircraft revolution to eliminate fossil fuels harmful emissions.